Story of a
Korean Mother

On 17 February 2017 I have interviewed a Korean mother in the Chungcheong Buyeo district. In the 60’s and 70’s US adoption agencies actively approached poor (single) mothers in Seoul to send their children for a better life in the US. She was also approached, and her child was taken against her will.

After the imperialistic Korean War (1950–1953) millions of Koreans were killed by the U.S and European allies. It was the start of the inception of a well-oiled adoption industry between South Korea, and Christian countries like the United States of America, Western Europe and Australia. It can be considered as one of the darker chapters of South Korean post-war history. Since the end of the Korean War (1950–1953) between 200,000 and 300,000 Korean children have been sent overseas for transnational, and often transracial adoption. Often with falsified documents and through child trafficking.In the immediate post-war period poverty and a high number of abandoned war orphans lead to the first adoptions between South Korea and the U.S. Besides the war orphans there were children whose fathers were US soldiers, who had impregnated Korean women. For single mothers the situation exacerbated by a non-existent social welfare system.

Despite the fact that the Korean War was over the high demand for children from the Global North reached it’s peak in the 70’s. The adoption industry with Western money turned out to be lucrative and a means to rebuild the economy after the Korean War. U.S. economic investments were exchanged for the right to adopt children from South Korea. Children were stolen from hospitals, ‘orphanages’ and markets to supply children for the adoption market.

U.S. military presence in South Korea, and imperialistic entanglement in trade, economics and even spirituality (Christianity has become the largest religion in the country) has ensured that adoption practices between the two nations since the 1950s are entrenched and mutually protected.

Even though South Korea has become one of the wealthiest nations in the world, transnational adoptions continue to this day. Single mothers in Korea are stigmatized and the women and their children are often no longer welcome in society and socially excluded. The fact that the adoption organizations both in the Global North as in the Global South are privately run, with poor regulation and few legal instruments to check the legality of the adoption agencies contributes to a situation where the laws that have been implemented to protect children against trafficking are rarely being followed up.

Grass root organizations like KUMFA advocate for ending the transnational and transracial adoption program and for investing in the improvement of the position of women and the single mothers, for instance through sex education and the provision of child care.

Decades of persistent signals of fraud and child trafficking have been willfully ignored by the public debate, the adoption agencies and the governments in the Global North.

On February 2021 the Dutch government of the Netherlands apologized to the adoptees and announced an end to transnational adoptions.

Produced by bak, Utrecht, The Netherlands
Supported by the Mondriaan Foundation

Story of a Bangladeshi Mother 2020

On February 20, 2020 I interviewed a mother from Tongi, near Dhaka in Bangladesh, whose child was stolen and trafficked to adoption agency Terre des Hommes, affiliated with Wereldkinderen in The Netherlands. Her child and many parents from the area were approached to bring their child to a nearby boarding school, as they were promised food, education and a good future. When the parents wanted to pick up their child, the children were gone.

The second chapter of the audio piece is based on this testimonial.

After three centuries of British colonization of British India (consisting of today’s India, Pakistan and Bangladesh), the region was destabilized and left in deep poverty. British India was partitioned in 1947 on religious lines and divided into Pakistan and India. Bangladesh was part of Pakistan and was called East Pakistan. The partition created 12 million refugees and the partition was at the base of a bloody war. Bangladesh’s independence against Pakistan’s occupation came on the back of a bloody Liberation War in 1971. Numbers of deaths are estimated between 300,000 and 3.000.000 deaths. During and after the war many war babies were born, who were children of rape victims by the Pakistani militia. During the war, young women were abducted for sexual slavery. After they had given birth the traumatized and scandalized mothers could not keep their ‘unwanted’ children.

These stories of rape and war ‘orphans’ are reminiscent to the stories of Korean and Vietnamese mothers and their war babies, fathered by imperialistic U.S. soldiers.

Missionary organizations such as Shishu Bhavan were active in Bangladesh. Bangladeshi war babies were sent to Christian countries like Canada, the United States, Australia, the United Kingdom and some European countries. However after the war and despite the dwindling number of war babies, the demand for children in the Global North only increased.

A deadly 1974 cyclone caused famine and floods and worsened the socio-economical situation in Bangladesh. People fled from the countryside to the outskirts of Dhaka looking for work and better opportunities and as a result, refugee camps were created. Schools were set up by western N.G.O.’s, affiliated with Mother Theresa, Terre des Hommes and Wereldkinderen.However parents in the Tongi area (outskirts of Dhaka) started to testify to British Dr. Preger, that their children had gone missing to western NGO’s. It became clear that from 1972–1976 the Dutch organisation of Terre des Hommes, and organizations affiliated with the Dutch adoption agency Wereldkinderen became the centre of large-scale child trafficking by laundering criminal acts. Papers were falsified: women (who were not the mothers) were hired to testify in court that they were relinquishing their children. NGO’s started to actively search for children in the Tongi neighbourhood. Mothers and fathers were told by Terre des Hommes workers that they could bring their child for education, clothing, care and housing. Employees of several NGO’s told the parents that they were incapable of taking care of their own children. In order to provide their children a future the parents should bring their child to the daycare centre in Dhanmondi. The parents were told that they could always come and visit their child. The reality was that the children at the day care center were sent to Europe or other countries in the Global North without the parents’ permission.

Whistleblower Dr. Jack Preger1 started to address the issues of alleged child trafficking by Terre des Hommes Netherlands at both the Bangladesh Government, the Dutch Government, and the Royal Dutch Airlines, who transported the babies. At the time he did not get the response he was hoping for, but also lost his residency permit and the license for his four clinics in Bangladesh. 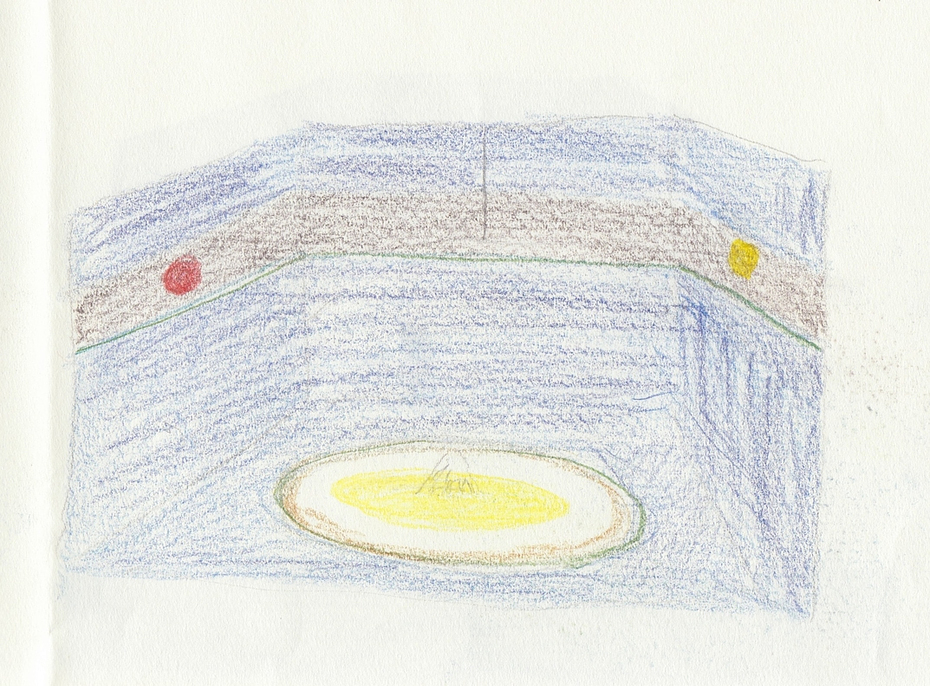 Words mountain written by: Sara Sejin Chang (Sara van der Heide); Agnieszka Polska, Kumgang Sunim the head monk of the Seon Monastry of Mihwangsa, South Korea; Park, Jin Yeo, the woman who can see the future and the past, South Korea; Jeonhwan Cho; Dario Escobar, hermit Qadisha Valley, Lebanon, Nabil Rahman. This work could not have been made without the help the field workers of Dutch Foundation Shapla Community.

Supported by the Mondriaan Foundation